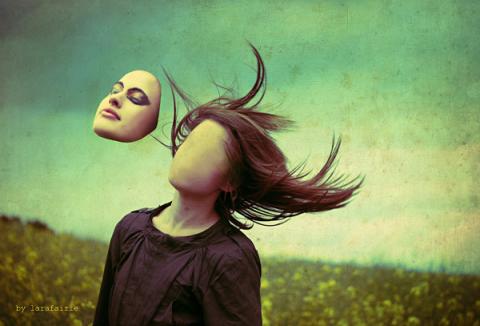 Shouting to her reflection, “You’re so hideous!”
She wonders why she hates herself
Lying down, crying herself to sleep

As her mind drifts away with low self esteem
Horrible thoughts attack her brain
And keep her awake, restlessly terrified

Growing weary, she attempted to yawn
But could not open her mouth
For it no longer existed

Shutting her eyes to hide the sight
Hoping to make the terror vanish
They became paralyzed, refusing to open

Her eyes, once glimmering and young
Were now vacantly nonexistent
Much like her knowledge of who she was

Disoriented, all she could take was a deep breath
Inhale, exhale, and repeat
Until her nose shrank to nothing

Gasping for air, her chest pounded violently
Her face was suddenly restored
Lips, eyes, nose, and all