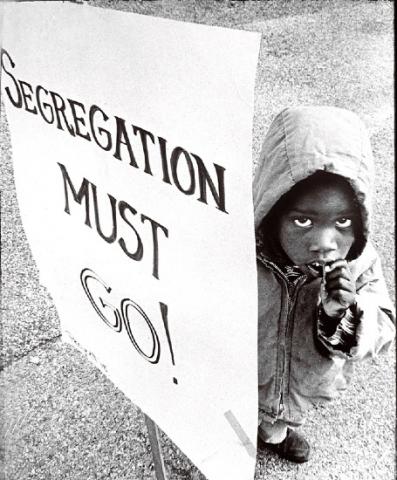 They tied him down with the same thick threads and chains that he busted out of a few scores ago
Unknown white men in white capes with white tips strung him up upon a thick black stump
They scolded the defenseless man, swore at him as if he were just a mere pig
When in reality, a mere pig was worth more than the life of a Negro to an intolerant bigot
The white men surrounded him, some with blades, some with stones, but all with power
Fire burns with etchings of a cross in the foreground, as these white men abuse their so-called power
Fingertips gone, eyes on the ground, skin burnt all the way down to the core…silence
Something about that silence made me ill, made me ponder the validity of my own life
Me, sitting there quietly, blending in with the darkness of the horrid night forced my deep epiphany
I was no better than the white sheriff in the white south who would undoubtedly not report this hate crime
I was not better than this man everyone called Jim Crow, who segregated against a single race
And I sure as hell wasn’t better than the man dangling, lifeless on a branch for no reason
I just froze, as all my neighbors had done for the past 100 years, afraid to speak up, afraid of the consequences
The liberation of slaves was not what we thought, and the reconstruction of the south was sheer misery
Why should I feel ashamed of my appearance just because I’m dark?
But I remain optimistic, because if I don’t then change is simply impossible
I know that we can survive in a society in which we refuse to shun our peers because of their shade
The stars and stripes that bind this nation will prevail, because Americans are strong-willed
We aim to escape the past, but instead we should reshape our futures