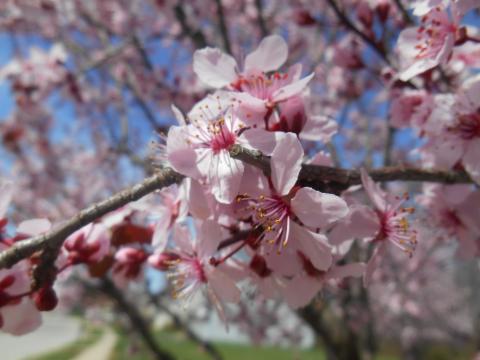 We both have history.

You had ancestors that were slaves at one point,

I had ancestors that were slaves at one point.

You had a whole movement for your freedom, now we're considered equal.

You have the same rights as me now.

You abuse your rights,

You go out shooting people now that you have a right to carry and own a gun.

You make school miserable by picking on others now that you have the ability to get an eduaction that others have died for for you.

You go out and make crimes now that you are considered a citizen.

How are we equal when its been hundreds of years since your ancestors' incaption,

and almost twice as long since mine, and you feel like I "OWE" you something?

You say to me, "Your white just like my great, great grand-mother's "master""

The color of my skin may be relevent to that of which but did I, a thirteen year old girl, inslave your family?

So why are you still acting that now that you have the same exact rights as me, your still treated "unfair"

If anyone is treated unfair it's me.

I had people who along the lines inslaved my family as well, and you think that only your family's kind of slaves were the only that existed.

You think that now because of the color of my skin that your'e entitled to something because of what my "race" did.

In this country, we have equality that isn't equal.

Poetry Slam:
You, Me, and Poetry Scholarship Slam - CLOSED
This poem is about:
Me
My community
My country