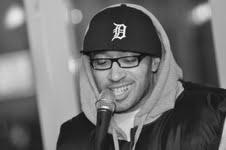 it's usually an exciting time to vote

instead we have two goons running for presidency where their knowledge is not only puffed, and love that does not edify

more so, they are both evil in different ways

hillary on two presidential debates wore all red on one, and all white the other

you can't represent Jesus and satan at the same time

committed illegal activities where she gets a pass

if that was me, you, or anyone else, a 9-5 hard working person who committed these crimes will be put in jail

then you have donald trump

who is openly racist

have borders put up against mexicans

who are weaken by distortion of truth

where truth is compress by the oppression of abomination

there are women who aren't able to conceive a child

i'm going to vote, not for hillary nor donald

His name is God

Jesus is the Vice President

Holy Spirit is the House of Representative

what would be powerful

if nobody voted for both earthly candidates

no matter who wins

it's a lose lose situation

regardless of the outcome, Lord, You are my true President.

Mr. MVP deftly weaves together subject matter that is both personal and political. He continues to shape the conversation on modern poetry.

All I Need is You God/Lord/Holy Spirit