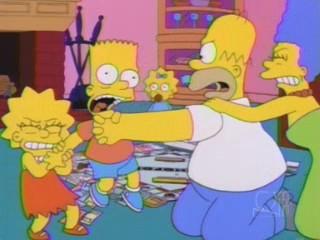 Let me introduce you to a family

They're one of a kind.

You learn to love and respect them once you get a look at their dysfunctional minds.

But he never around because he working 3 jobs.

A slave to the system.

His children will never admit it but they miss him.

He only feeds them a love that's tough.

But is that really good enough?

His anger is loud, proud, and stressed.

Everyday something new is added to his list of regrets.

And everyday his kids prepare themselves

For the night he goes shopping for that infamous box of cigarettes.

Don't let her get her hands on a bottle.

A slave to the bottle.

The alcohol in her system takes her to daydreams of being a model.

Jewelry with a twinkle brighter than stars.

Most of her days are spent laid up on the couch.

How many days straight is too high to count.

Her kids look at her in disgust.

But deep down they long for some love.

Everyday neighbors ask them questions about they mama

Being nosy and creeping.

Everyday they answer back "She just in the house sleeping."

No respect for his mom.

His dad is a ghost.

So he heads to the streets where the world is the coldest.

A slave to that thug life.

Chaining Jordan's on his feet.

He focused on one thing: getting money.

Than working towards something with meaning.

Instead of working for that high school diploma.

He'd rather go and start wars with his other brothers.

She wants love so bad but doesn't know how to get it.

A slave to her loneliness

She works for some attention.

Finds the guy of her dreams and finally enjoys living.

He wraps that Michael Kors rope, I mean purse, around her shoulders.

He shackles, I mean puts those coach shoes on her feet.

All of his gifts means he loves her unconditionally.

Slowly she becomes a slave to his love.

Constantly making peace out of his rough touch.

Bruises clear for everyone to see.

Her only reasoning is "It's only because he loves me."

Let's meet the youngest of the dysfunctional family.

Gets straight A's in school.

Complete opposite of his brother.

All he does is go to school and stay in his room.

Friends here and there but his trust is slanted.

He just wants to grow up and become his own man.

Hit the gym now and then.

Played on the courts to relieve stress.

One day he was walking home and the cops stopped him in his tracks.

One thing lead to another

He was against the car being arrested

When the media told the story

The cop said he was being jacked up and cussed at.

A slave to the system

He would never be the victim

Too bad dysfunction is a gene that has been made common.