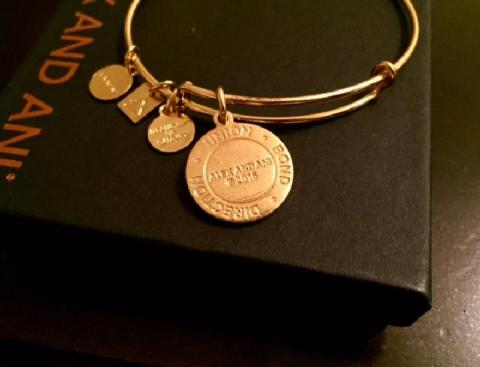 Once upon a time in a land not so far,

Teenage Carly May wished upon a star.

She wished for true love to come into her life,

But didn’t know quite what she wanted, nothing too serious, not to be wifed.

But then one day he came.

Although they hadn’t spoken and she didn’t know his name,

She saw his face and its golden glow

And knew he was her high school romeo

With his tan tinted skin and deep brown eyes, she simply could not escape his gaze.

He was the one she had wished for in her youthful lovestruck haze.

Charles was the name of the love of her life

But also the cause of her strife.

The way he looked at her, as if she were his queen,

Gave her a rush of euphoria like that of caffeine.

But some things about him irked her to no end,

Some days he would ignore her

But still say he adored her.

Some days he wouldn’t speak

Making his personality quite bleak.

But nonetheless, she loved him so,

And prayed that one day he would grow

Into a stable and mature person

Whose social skills would not worsen.

It came to a point where she could not bare

To keep hope alive, to say one more prayer.

His behavior was so childish

That Carly may began to wish…

She wished that she could be set free

From the pain and struggle it took to be

With someone who could not show love

But would much rather try to shove

His emotions down inside of him

Until he was filled up to the rim.

He could show love at times

That he was still the Romeo she had once met

And that she was not settling for average just yet.

Carly May realized that she deserved better

So one day while all curled up in her sweater,

She told Charles that their time had come

To move on from each other, and not feel so bummed.

So long that with him, it had become hard to smile.

So they went about their lives as young people do

And avoided each other, for that’s what they knew

Would be best for them in this time of heartbreak.

Yet Charles was determined that things were not over

Although insanity is where he drove her,

He knew his love for her was true.

His plan for her now was to swoon and to woo

Her back into his arms because he truly believed

That he had learned his lesson and they had both grieved

Enough for a lifetime, and too much for one heart.

He simply could not live with the two of them apart.

With his apologies sincere, and his mind extremely clear,

Charles professed his love to her in the beginning of the next school year.

He said he knew they were young, but he also knew he was the one

Who would be there for her and never ever run.

To show you that this is love at first glance,

I’ll prove to you I’ve changed

And can’t bare to be estranged.’

He gave to her a bracelet that said

Direction. Union. Bond...clearly their love was not dead.

She did not trust him but knew his heart was true.

She’d give him one last chance

But if he messed up again, this would be their last dance.

The rate at which her happiness rose was quite alarming.

Both her and Charles knew they could make it last

For they believed they’d learned from their mistakes in the past.

Every weekend they’d be together

And fill one another with love till their hearts were light as feathers.

Charles, she thought, had improved

Until one day his progress was bruised.

He returned to his old ways,

Driving Carly May into a craze.

She should’ve seen in coming, so this heartbreak wouldn’t be so bumming.

She left him once again, in the interest of her own well being.

It was once again brokenness she was seeing

In her near future, from a heart re-broken.

But what else was she to do...leave her feelings unspoken?

So she lived with simply the memory

Of their love locked in the treasury

Of the deepest part of her heart.

As she stared at the bracelet he gifted to her

She read aloud its inscription through her tear-made blurr.

This they would have forever.

Their love was an endeavour

She said as she cried a million tears.

She read it one last time as her eyes cleared.

Were to strong to ever die.

Poetry Slam:
Learn Between the Lines Scholarship Slam — CLOSED
This poem is about:
Me