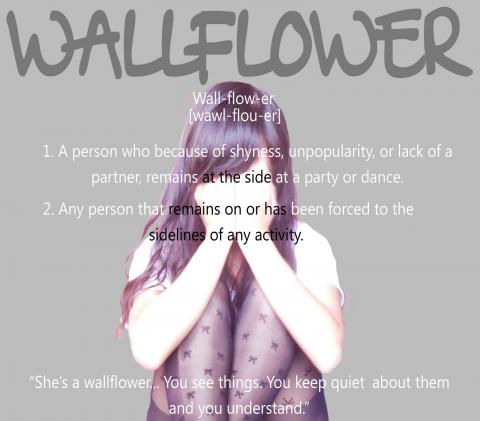 Within the past four years I’ve been to three different schools, each one hoping and spending worthless time on trying to be accepted by anyone and everyone. Why? “Why do I waste my time trying to impress others?” As some cliché teenage blog posts may say. But the irony those hypocritical re-bloggers use every day and night, posting such a bold statement for nothing more but to get seen by others, and to feel that bit of joy inside when they get a notification pop up that says their post has been liked by another human being. Attention. Attention and acceptance are like a natural human heroine that everyone craves. The only form of rehab is realization.

When you have reached that point where you finally realize that you are your only true ally, and the rest of the world’s population is your enemy, then congratulations my friend you have succeeded and completed your rehab.  Now you’re alone. You and your own mind. Are you satisfied?

Eventually I got used to being lonely. It’s fascinating watching others build their own steps at completing their process of realization. Call me a wallflower I guess. You know, I could engage in group discussions in class, I mean it couldn’t do anything but benefit my grade, but I am selfish, therefor I choose not to. I’m a thinker, not a speaker; I like to keep my thoughts to myself. I don’t see the deservance of the judgmental student body to hear my feelings and thoughts. So I sit there quiet, and let them think I’m nothing.

There are only 3 types of people in this world. The people that you learn the hard way not to trust, the jealous people who will use all their might to make you miserable if they feel threatened in any way, and then there’s people like me. The ones who have to deal with both and get emotionally beat down by them just to build up strength to be greater in the end.

You know, I may be pushes aside as an outcast to make an interesting conversation starter, or to provide entertainment for others, of higher self-esteem for those who look at me and think "damn well at least I’m not her”. But whatever it is I’m okay with it. Because I know god is just beating me up to make me stronger and more successful in the end.

Whatever I proceed to do in life; I know I will have a better outcome than anyone who feels the need to judge me based on antisocialism. Because although you may think you’re making me weaker with each haunting memory that replays in my mind, with the present times that I sometimes wish I could just end, and with the future that I’m scared for myself to have to encounter, your making me a million times  tougher and more durable.  So thank you.