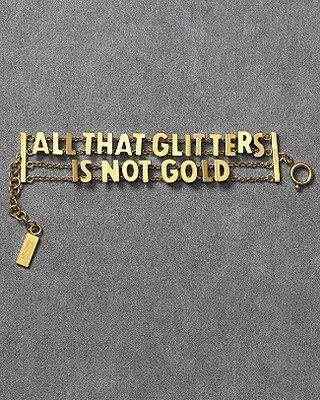 The Conversation I Will Have With My 8 year-old Son

Son, come here, let me talk to you.

You are going to grow up,

and while you develop in the physical,

so will your mental.

The way you decipher things,

the way you analyze things,

the way you perceive things to be.

And as you observe this governmental system you merely know as a big green and blue ball in space,

but the people around you have a skewered ideology, of what's golden.

You are going to go about life and fall upon certain things you didn't intend to see,

to come to the knowledge of.

And son, that's just how the world is.

A highly sensitive minefield, where there is no safe spots.

And where every move you make causes an explosion of a redundant raucous rundown,

an explicit earful of enlightenment that will try and take root in your mind and corrupt your reasoning,

Son. This world will try and make you forget all that I have tried to teach you.

That I have tried to groom you in, and attempt to supplant that with a doctrine that is levels past absurd.

Their words will have no censors.

Haphazardly spilling from the lips violently as if their tap broke.

Nothing will be off limits,

There will be no age barriers,

and these carriers of a diseased doctrine will be coming for fresh meat just like you.

Now I'm not trying to scare you,

but this is something you have to know.

That this sifted society, will try to implement into you, a false concept of manhood.

Filled with, pants that sag as if to avoid the gun positioned just at the lower back,

Permeated with, a preposterous philosophy on how to get women to do what you want,

With tactics of physical and psychological abuse leaving their once beautiful black skin spotted with purple, and their minds clouded with trauma.

But Son, do not believe them.

Because they are ignorant.

Because despite their age, their level of reasoning is equivalent to one of your age.

Because they had no one to teach them,

to keep their pants up and pressed because they didn't raise a thug,

to tell them that certain things they should not entertain and allow into the lobes of their ears, lest it contaminates their hearts,

to advise them, that the way you respect for women begins with their mother, so I wonder how she's doing?

Son, these people, this world, will try to make you become a man, long before you ever need to.

They'll try and make you believe that you know everything you need to survive already.

That you have all the tools you need to make it.

They'll try and tell you, that this is golden.

Oh but my boy, you live in the wrong house today.

Because unlike those misguided "men", and I say that with very ambiguously, you have a FATHER!

And not just any father,

your father is a one God, apostolic, tongue talking, holy roller, born again believer in the liberating power of Jesus name.

Your father has been washed by the blood, sanctified by the spirit, adamantly believes in holiness, and I sugge- no, I demand that you do the same.

That you come to the knowledge of the fact that the only real gold you will ever attain in this life, is to have knowledge of the only hope for deluded humanity, how a 33 year old Nazarene, became guilty for taking on our sins, bore a 400 pound cross, hung on it, bled on it, forgave on it, died on it. And a put in a grave, I guess you could call that "buried treasure".

No "gold" compares to having the savior tabernacled in you.

To have a relationship with God for yourself, one that is unwavering, weathering every storm you face.

To be used of God in whatever capacity he would have you.

And I implore you, to,

Be aware, that the enemy is out like a roaring lion, that the winds of doctrines are blowing, that false prophets are out and about. But Son,

never park in contentment with earthly luxuries, because that which you see, why do you hope for it?

But lay up your treasure in heaven, where neither moth nor rust doth corrupt, and where thieves do not break through nor steal.

Love God with all your heart.

And be the man that me, and he, wants you to be.