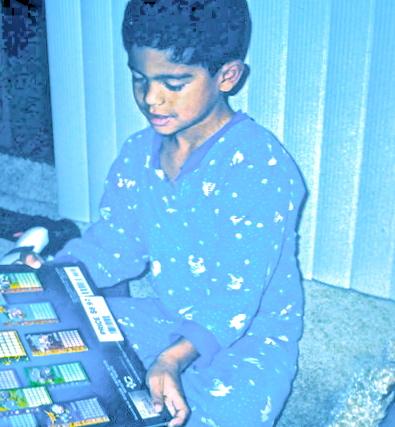 I used to skate in circles
I was afraid the pond couldn't carry me
Others danced around me
Past my corner of the pond
Did they think of me often?
I thought of them in constance
I thought of the man that put me there
Brought me to practice upon its' ice
With him, I learned to skate in that little circle
I felt so proud and accomplished
He beamed as he watched me
In our little corner of the pond
He told me to wait there
He'd come back to teach me more
How to become like him
Dashing and dancing cross the shimmering pond
I waited and watched and waited again
His promise worth the snow, the hunger, the pain
I dreamt of riding the frozen ripples
His hand in mine
To make grand figure eights
Others in awe of our sight
To be taught to trust my own movements
The grounds under these bladed feet

Never once did I see him
As I looked through the turreted, swarming snows
I saw boys and girls with familiar smiles
Have their fathers teach them to skate
Their hand in his
The sheets of ice that carried them
Even when the ice became jagged and unsure
For he had seen it once before
When his father taught him years ago
How to make unafraid figure eights in the snow

I used to skate in circles
Watching the children as they played
Someone watching over their shoulder just in case
But now they are growing
I guess I am too
They no longer need the comfort
Of a larger hand in theirs
They come with what they've learned
A sureness in the sweep of their blade
And one day will pass on to their own
What the pond gave them so long ago
I haven't returned in two winters
But I'll always know where to find it
To the pond that I'd waited him to return
Time and time before...
Watching shadows in the snow
I often think of the children
I wonder if they ever think of me
With my place no longer the circles
As a youth, I had once been

Poetry Slam:
Slam What You Will (Closed)
Guide that inspired this poem:
How do I start writing poetry?

About my father and growing up.