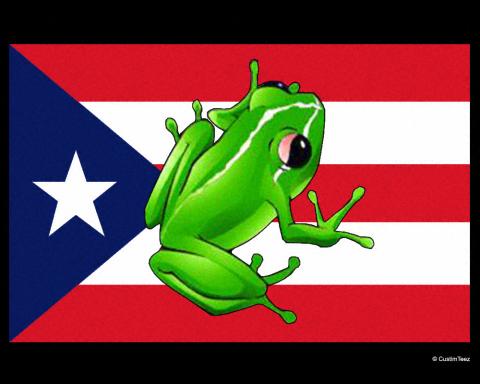 i'm a taino black puerto rican from the bronx

where my life started for me

i am not a new york rican

i repeat, not a new york rican

that is infallably the dumbest way to represent your ethnicity

let me pose this questions

if we as puerto ricans were not from new york

and we migrated to north dakota

what do we call ourselves

should you ever say that

you are disingenuously disgraceful to puerto ricans

i was not born in the island of puerto rico

i eat pasteles at sofritos on 59th street

i would say orchard beach, but after seeing a dirty diaper floating, i'll take a pass

i laid my feet in yellow sands, swim with my surfboard fill with seaweed in rockaway beach

i hear sounds of frogs in the bronx zoo

hector lavoe's iconic hits after hits that captivates the audience

but i also listen to bob marley-you know three little birds, and of course, jamming

how can i forget "i shot the sheriff"

but in new york, song should be be recreated to "i shot the NYPD"

for the deaths of sean bell, anthony baez, amanu diallo, and eric gardner

so tell me, what does a typical puerto rican look like?

who in the blue hell are you to define me

i don't need anybody to tell me who i am

and educate you buffoonery morons about me

ask a young puerto rock who is roberto clemente

this day in age, he don't have a clue

but he can tell you a whole biography of rick ross and even at that, what he claims to know is false representation

he is an ambassador for the game of baseball, pave the way for guys like carlos beltran, jose reyes, and the molina brothers can exist

therefore, nobody will ever take it from me

Poetry Slam:
What Would You Change Scholarship Slam - CLOSED
Guide that inspired this poem:
Word Warriors 1: Feedback- The Poetic Kind!