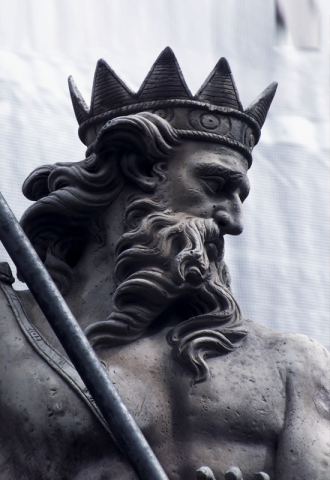 Ruins are what build the integrity

Of a man destroyed by love.

Though the red glass of his heart shatters,

The golden sinews of his character tightens

To create a new person.

The sands of time digress into a topic

Forbidden to leave their lips and enter their ears,

By a god enraged and heartbroken

By the minuteness of a mortal’s life,

Whose predecessors meant nothing but a duty of apathetic watchfulness.

When a man loves another,

Their passion is embedded within the soils that bury the Earth,

So that they may last a lifetime

So that they too become immortal.

Immortality is a strange gift to possess

When one wishes to love another doomed to die.

And the grains of sand kiss their feet,

One thinks nothing of immortality.

The moonlight sings a restless melody

As an adversary knocks on the door

Of the god of seclusion.

He is angry but confined

As a king should always be in the presence of others.

The god opens the door to his brother,

The only one that can find him,

For not even a master of discretion can hide from Death.

The golden sinews that once made a man can snap

Into an endless spiral of madness and tears.

As bravery turns to cowardice, gold turns to yellow.

His lover holds him back as the oblique shroud of death enters,

And places the scythe on his heart.

His eyes are clouded with emotions

He didn’t know he possessed.

Made him believe he was incapable

Of something so human.

The door closes the same time his body falls

And the god holds him closer than before.

His face, once vibrant with color,

Displays a haunting pallor so unlike him.

Even in death, one shouldn’t be robbed of themselves.

To the god, it had seemed so short.

To the man, it was a lifetime.

Nobody dares to find the mad god of seclusion now.

He is lost somewhere in the mortal world,

With tears burning his cheeks and words stuck at the tip of his tongue.

The red glass of his heart is shattered and yet,

It is the first time he had felt alive since his creation.

Love is a wonderful mistress of destruction,

It can even best a god without lifting a finger.

Love, however, is also the bringer of life

In the young and in the old.

It is a reminder that even the immortal were once human.

84 reads for this poem