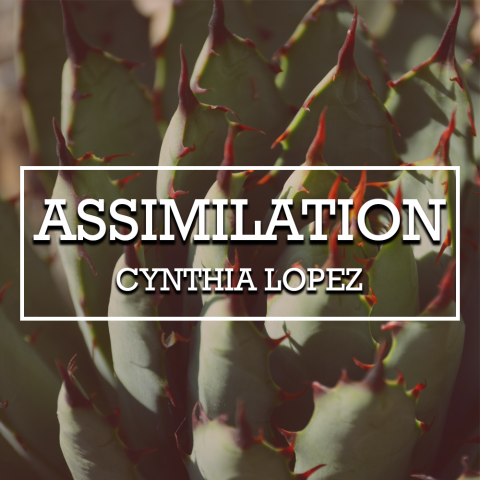 The most American Dream of cities.

With strands that cowered to no hairbrush!

A forest covering my face that twisted and curled,

The beast that even frightened my own mother,

And puzzled the white people in the neighborhood.

Their hair that didn't need a daily taming starting at 5am.

My mouth became an issue too-

For it only spoke English.

As my parents were terrified,

Of passing down their forbidden Spanish accents,

To the next Mexican American generation of kids.

But was pleasing the white kindergarten teachers,

Worth the loss of speaking to my own grandparents?

Was it worth the disappointment that filled the hearts of my relatives,

Every time I silently introduced myself,

Explaining that I was never taught such a unifying aspect of all Latinos?

Being one of the only Mexican kids left me isolated in the suburbs.

It had me classified as the token friend of color,

Or the Latina in the Spanish 1 class,

From the few other Mexicans around me.

I found a home online.

The internet gave me access to diversity across the globe,

And helped me not only understand my background more,

But supported me as I learned to take pride within it.

I turned to the internet for resources I couldn't access elsewhere.

Helping me put the hair straightener down for good,

And bring my beautiful Latina curls back up to life.

My family took a two-week trip back to Mexico,

In my Mother's hometown with a single traffic light intersection.

My grandpa's family all lived on one street,

A couple blocks down, my grandma's family as well.

They all welcomed me in open arms despite my broken tongue.

In those weeks I got to experience the land that my ancestors occupied,

Walking through a large cemetery surrounded by silent relatives.

My father told me stories of his hometown the next state over,

Filling my heart with love and excitement to finally be able to connect,

With these stories on a much deeper level than before.

Back home, I began using the internet for resources once again,

But this time to learn Spanish.

And although I still can barely speak out a full sentence,

The resentment I held toward the language has been replaced,

With a newfound love and connection to my ancestry.

I wish to all the other children of immigrants,

Who were also born into a world,

That immediately told us that we didn't belong,

Find strength in their ability to not only take pride in their roots,

But to carry on the torch for a better future for us all.

Let us let no one ever dismiss how bright we shine.

Poetry Slam:
Glow-Up, Grow Up Scholarship Slam — CLOSED
This poem is about:
Me
My family
My community
My country
Our world