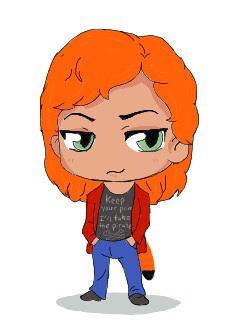 She dreams of the ocean late at night

and longs for the wild salty air.

We all know the beauty of waves at twilight;

But she wants sails bathed in starlight,

Winds raking their fingers through her hair,

And to play with sea birds of white.

How deep her longing for decks shining in moonlight?

How deep are his for an armchair?

And it was here where they began their blight.

For she'll be a shipwright,

But he hasn't the flair.

She'll be gone in a fortnight

and soon be the muse of some playwright.

He'll be left to his chair

and his books in the candlelight.

She never was very polite.

She gladly would shout and swear.

If she leaves now, she'll be alright.

She'll be dancing without care.

We watch for her fire to ignite.

Each finds their way to a grave site.

He'll be buried without any wear.

She'll have died in some gun fight.

But she'll have gone out as dynamite,

He went to dust in his lair.

Now you tell me who was right?