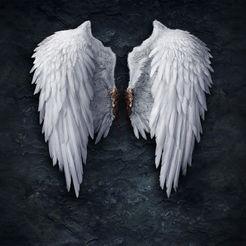 They say angels are only in Heaven.

Souls of past people watching us from above the clouds.

Adorned with wings and a golden halo.

While I do agree with this image,

I believe that there are angels who walk among us.

They have neither wings nor halos, yet they don't need them.

They come at such unexpected times; strangers who grace us with their presence when needed the most.

I know I've encountered a few angels in my lifetime.

However, this year, one in particular has had one of the greatest influences on me.

I had no idea who she was and no idea she was about to make me realize who I was made to be.

This year was rough, I'm not going to lie.

There came multiple times where I could do nothing but cry.

Feeling so much pain deep inside, and hell,

I think I almost looked the Devil straight in the eye.

But then there came this girl.

I had known her a little through cross country and track,

but little did I know she always had my back.

We gradually talked more and more and soon she became the reason I walked through the locker room door.

I had wanted to give up so badly.

Just throw in the towel and let my junior year swallow me whole.

Reflecting on this year I now realize I don't think I would have made it without her.

Sure, there were others, but something about her made her stand out, perhaps the purity of her soul.

Either way, she doesn't need a halo or wings to be considered an angel.

She helped pull me out of the dark and see the light, the bliss.

Due to her timing, I can't help but think He made us cross paths for a reason.

And I couldn't be more thankful for that.