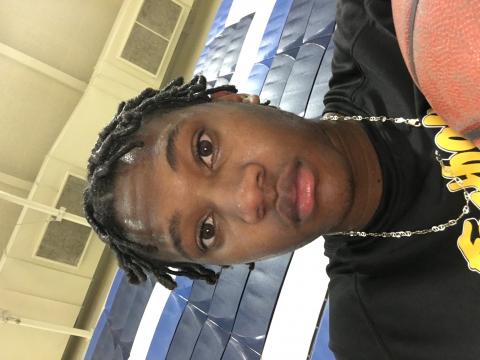 All Men Are Created Equal?

Dreamed of becoming a lawyer as a child,

But was let down by his English teacher,

Who squashed his goals, visualizing him becoming something more realistic; a carpenter,

When my kindergarten teacher called me a dunce,

When I (the dunce) was blamed for her losing her pencil,

Which she escalated to a violent smash of the clipboard over her knee,

Snatched my shirt and then threatened me to buy her a new one,

When all my fellow classmates are playing, picking each others noses, and riding tricycles,

While I’m sitting in the corner on a chair, isolated from my friends,

With an invisible hat that has my new name on it because of my race,

The white ball fails to strike the black ball off the Earth, i mean green pool table,

But in 1964 the Civil Rights Act was passed and everything went back to normal,

In 1964 the Civil Rights Act was passed and everything went back to freaking normal,

To convince black folks that all is well,

That people will never be judged by the color of their skin anymore,

That all colors of the world are joined as one,

That there is a such thing as ‘a fair go for all’,

And physically, mentally, and emotionally everything went back to the way it use to be,

I’m not searching far and wide for it, it’s not like I want to find,

But I simply cannot avoid or escape it,

even if I plug my ears so there is silence,

But it’s too late,

We have heard the shell casings crashing onto concrete over and over,

as if tapdancing was back in style,

We have heard the repetition of a shot, or shots,

Or rounds of rampaging runt rockets roaring through the air,

We have heard the same profess of popular police procedure,

Do to the events of hitting, and kicking, and throwing, and slapping,

And spraying, and drowning, and tazing, and shooting,

Over a bag of skittles, my bad,

I should have known they can be confused with guns,

Like the word solid and the phrase saw it,

And black mark and black lives matter must be erased,

Correction Fluid is so great,

Because it whitens out the black,

Feels more like a slobbering pit bull who haven’t ate in days,

A conversation with a pig is like a minefield,

One wrong move and you’re dead,

I call them walking badges that feel superior and need to differentiate,

Those who aren’t the same, eager for discrimination, taking advantage over our limitations,

Created killing into a regulation, social media calls these altercations, my bad,

I should have known you could spell execution like that,

If I’m always the robber, or the drug dealer, or the crack baby,

Or the gangster, or the trouble maker,

I’m not living for your role play, or make believe, this fake pretending stuff,

I am not a black rabbit, only doing half the act,

And magically poofing me out of existence,

‘And now snap back to reality,

Whoop there goes rabbit’ (Eminem para. 3), and he comes back dead

And did Trayvon Martin, and Michael Brown, and Eric Garner, and Tamir Rice,

But we tend to have a weak memory,

When we forget racism is in the press, courthouses, banks, and schools,

And remember to not kneel down during the pledge of allegiance because it’s “un american”,

Like killing isn’t as bad as people kneeling because they disagree with the system,

When has taking a life ever been in the same category,

As standing for what you believe in,

A major contributor is when that yakky doodle looking, Hillary obsessing,

Worried about North Korea doing things to us,

While our own are repeatedly killing our brothers and sisters in the process,

And I don’t mean just minorities,

Because being a minority is one of the most severe sports on this Earth,

That’ll drain you physically, mentally and emotionally on a daily basis,

And it’s been happening ever since 1619 when slavery came into existence,

And we still haven’t heard the sound of the buzzer,

But soon, very soon there will be justice,

By us filling up the unfair cracks,

By protesting and using our words,

And gathering up on streets in large stacks,

We must huddle up and speak in front of courthouses, and schools, and banks,

We must enforce our power to the max,

We must help these people create a better system,

We must do this, or nothing will change, that’s just facts

U know why I’m laughing, right

Poetry Slam:
Slam for Civil Rights
This poem is about:
Our world