Euphemism is when harsh words or phrases with more mild ones to soften the blow of something that could have a more negative connotation otherwise. 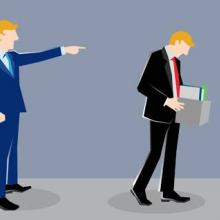 Instead of saying "You're fired!" a boss might choose to use the euphemism "You've been let go."

We’ve all been there- tell a little white lie by using words to cushion what you actually want to say. Like, when your friend got that horrible haircut and asked you how it looked and you told them “It’s definitely a change!” because that doesn’t really confirm or deny the question. A euphemism is similar. It is when an author replaces harsh words or phrases with more mild ones to essentially soften the blow of something that could have a more negative connotation otherwise. Euphemism is often used when writing about difficult subjects such as death, violence, or things that could generally be viewed as embarrassing. Examples of euphemisms you might be familiar with are a company “downsizing” instead of “firing” a large group of employees, “putting an animal to sleep” and saying someone “passed on” when referring to a person whom has died. The purpose of this device is to make unpleasant, offensive, or just plain rude concepts easier to read/hear about and less uncomfortable. In fact, the word comes from the Greek “euphemia,” which means “good words” and refers to a polite manner of speech as opposed to a blunt one. Euphemism is a great tool to use in poetry because rather than using a harsh word, you can use your awesome poetry-writing skills to create imagery implying the concept you want to convey to your readers.

Now, see if you can hunt, I mean track, down the euphemisms in these poems. 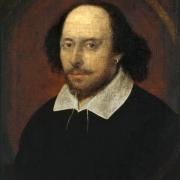 My mistress’ eyes are nothing like the sun;
Coral is far more red than her lips’ red;
If snow be white, why then her breasts are dun;
If hairs be wires, black wires grow on her head.
I have seen roses damasked, red and white,
But no such roses see I in her cheeks;
And in some perfumes is there more delight
Than in the breath that from my mistress reeks.
I love to hear her speak, yet well I know
That music hath a far more pleasing sound;
I grant I never saw a goddess go;
My mistress when she walks treads on the ground.
And yet, by heaven, I think my love as rare
As any she belied with false compare.

At the desk where the boy sat, he sees the Chicago River.
It raises its hand.
It asks if metaphor should burn.
He says fire is the basis for all forms of the mouth.
He asks, why did you fill the boy with your going?
I didn't know a boy had been added to me, the river says.
Would you have given him back if you knew?
I think so, the river says, I have so many boys in me,
I'm worn out stroking eyes looking up at the day.
Have you written a poem for us? he asks the river,
and the river reads its poem,
and the other students tell the river
it sounds like a poem the boy would have written,
that they smell the boy's cigarettes
in the poem, they feel his teeth
biting the page.
And the river asks, did this boy dream of horses?
because I suddenly dream of horses, I suddenly dream.
They're in a circle and the river says, I've never understood
round things, why would leaving come back
to itself?
And a girl makes a kiss with her mouth and leans it
against the river, and the kiss flows away
but the river wants it back, the river makes sounds
to go after the kiss.
And they all make sounds for the river to carry to the boy.
And the river promises to never surrender the boy's shape
to the ocean.