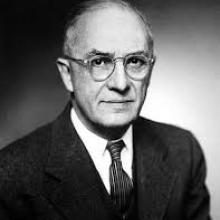 William Carlos Williams was born in Rutherford, New Jersey on September 17, 1883. While a student at Horace Mann High School, Williams began writing poetry and made the decision to become both a writer and a doctor; he received his MD from the University of Pennsylvania. Williams sustained his medical practice throughout his life and began publishing in small magazines and embarked on several career paths as a poet, novelist, essayist, and playwright. Williams’s health began to decline after a heart attack in 1948, but he continued writing up until his death on March 4, 1963.

When matched to William Carlos Williams, it means that similarities have been found between your poetic style and the themes and literary techniques typically seen in works by this famous poet. For example, you might use powerful assonance and strong imagery the same way that Williams does. Recognizing these similarities is important because it gives you information about the history of your poetic style, which poets might inspire you, and what writing techniques you should try next.

Try using simile/metaphor and powerful setting more often. You might also like experimenting with irony and bleak or sad tones.