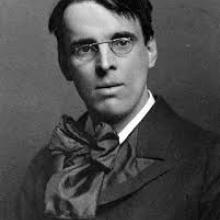 William Butler Yeats was born in Dublin, Ireland, on June 13, 1865. Yeats spent his childhood in County Sligo, where his parents were raised, and in London. At the age of fifteen, Yeats returned to Dublin to continue his education and study painting, but quickly discovered he preferred poetry. Yeats was deeply involved in politics in Ireland, and in the twenties, despite Irish independence from England, his verse paralleled the increasing conservativism of his American counterparts in London, T. S. Eliot and Ezra Pound. In 1922, Yeats was appointed a senator of the Irish Free State and is remembered as an important cultural leader, a major playwright, and as one of the very greatest poets—in any language—of the century.

When matched to W.B. Yeats, it means that similarities have been found between your poetic style and the themes and literary techniques typically seen in works by this famous poet. For example, you might use powerful simile and strong imagery the same way that Yeats does. Recognizing these similarities is important because it gives you information about the history of your poetic style, which poets might inspire you, and what writing techniques you should try next.

Try using repetition and symbolism more often. You might also like experimenting with themes of love and contrast with isolation.