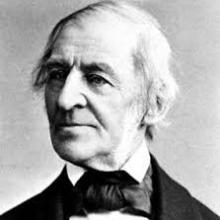 Ralph Waldo Emerson was born in Boston, Massachusetts on May 25, 1803. Emerson was appointed to the Old Second Church in his native city after studying at Harvard and teaching for a brief time. After the death of his nineteen-year-old wife of tuberculosis, Emerson resigned his pastorate in 1831. In 1832, Emerson sailed for Europe and visited Thomas Carlyle whose insights helped Emerson formulate his own philosophy. In 1835, he married his second wife, Lydia Jackson, and settled in Concord, Massachusetts. Emerson wrote poetic prose, ordering his essays by recurring themes and images. On April 27, 1882, Emerson died of pneumonia.

When matched to Ralph Waldo Emerson, it means that similarities have been found between your poetic style and the themes and literary techniques typically seen in works by this famous poet. For example, you might use powerful metaphor and strong imagery the same way that Emerson does. Recognizing these similarities is important because it gives you information about the history of your poetic style, which poets might inspire you, and what writing techniques you should try next.

Try using connation and allusion more often. You might also like experimenting with personification involving nature and irony involving individualism.