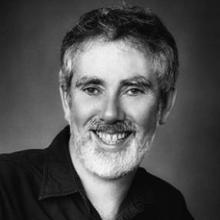 Jack Prelutsky was born in Brooklyn on September 8, 1940. He graduated from Hunter College in New York City. He disliked poetry much in his early life, but came to love it as he got older. A majority of his poems are targeted towards children and are often fresh and humorous. To date Prelutsky has written over 40 collections of original verse and anthologies of children’s poetry, but prior to that he made his living as a folksinger, photographer, and truck driver. He was named the very first Children’s Poet Laureate by the Poetry Foundation in 2006 and currently lives in Seattle, Washington where he spends most of his time writing and presenting his work at schools and libraries in the United States.

When matched to Jack Prelutsky, it means that similarities have been found between your poetic style and the themes and literary techniques typically seen in works by this famous poet. For example, you might use alliteration or rhyme-scheme in the same way that Prelutsky does. Recognizing these similarities is important because it gives you information about the history of your poetic style, which poets might inspire you, and what writing techniques you should try next.

Try using irony and meter more often. You might also like experimenting with humorous and imaginative verse, avoiding serious tones.