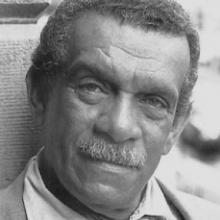 Derek Walcott was born in Castries, Saint Lucia, the West Indies, on January 23, 1930. His first poem was published when he was jsut 14 years old and consisted of 44 lines of blank verse. By 1949 he had 2 more volumes published. He attended the University of the West Indies on a scholarship. In 1957, he was awarded a fellowship by the Rockefeller Foundation to study the American theater. In addition to poetry, Walcott also wrote and produced several plays thoughout the United States. In 1992, he became the first Caribbean writer to receive the 1992 Nobel Prize in Literature, and in 2015, he received the Griffin Trust for Excellence in Poetry’s Lifetime Achievement Award. He died recently on March 17th, 2017, in St. Lucia.

When matched to Derek Walcott, it means that similarities have been found between your poetic style and the themes and literary techniques typically seen in works by this famous poet. For example, you might use vivid imagery or metaphor in the same way that Walcott does. Recognizing these similarities is important because it gives you information about the history of your poetic style, which poets might inspire you, and what writing techniques you should try next.

Try using personification and metaphor more often. You might also like experimenting with writing lyrical verse and capturing the musical nature of other languages.