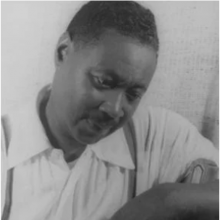 Claude McKay was born in Jamaica on September 15, 1889. He published his first book of verse in 1912, Songs of Jamaica, that portrayed his perception of black life in Jamaica. Shortly after, he left to go to America, where he studied at both the Tuskegee Institute in Alabama and at Kansas State University. He began publishing sonnets to express his feeligns as a black man living in America. His writings covered other topics as well, from his homeland in Jamaica to romantic love. McKay’s viewpoints and poetic work in the earlier part of the twentieth century set the tone for the Harlem Renaissance. He also gained the respect of many younger African American poets, including Langston Hughes. McKay died on May 22nd, 1948.

When matched to Claude McKay, it means that similarities have been found between your poetic style and the themes and literary techniques typically seen in works by this famous poet. For example, you might use similar rhyme scheme or symbolism in the same way that McKay does. Recognizing these similarities is important because it gives you information about the history of your poetic style, which poets might inspire you, and what writing techniques you should try next.

Try using rhyme schemes and elaborate symbolism more often. You might also like experimenting with allegories relating to themes of injustice or oppression.