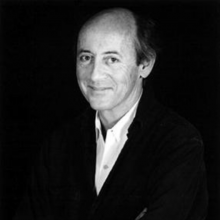 Billy Collins was born in New York City on March 22, 1941. His poetry has appeared in anthologies, textbooks, and a variety of periodicals, including Poetry, American Poetry Review, American Scholar, Harper’s, Paris Review, and The New Yorker. Collins served as U.S. Poet Laureate from 2001 to 2003, and as the New York State Poet Laureate from 2004 to 2006. His other honors and awards include the Mark Twain Prize for Humor in Poetry, as well as fellowships from the New York Foundation for the Arts, the National Endowment for the Arts, and the Guggenheim Foundation. In 1992, he was chosen by the New York Public Library to serve as “Literary Lion”. He has conducted summer poetry workshops in Ireland at University College Galway, and taught at Columbia University, Sarah Lawrence, and Lehman College, City University of New York.

When matched to Billy Collins, it means that similarities have been found between your poetic style and the themes and literary techniques typically seen in works by this famous poet. For example, you might use simile or strong metaphor in the same way that Collins does. Recognizing these similarities is important because it gives you information about the history of your poetic style, which poets might inspire you, and what writing techniques you should try next.

Try using diction and personification more often. You might also like experimenting with using figurative language to intensify tone shifts in your poetry.