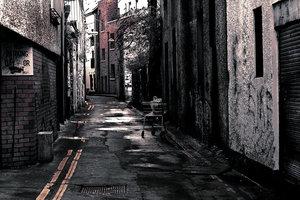 A young boy on his own
Thought he had no control
Felt like he was spiraling down
Falling, rocketing toward the ground

He had no one to listen, no one to care
No one to notice if he wasn't there
He needed release, a place to run
He found some guys who promised some fun

He started hanging with thugs
Joined their fights, did their drugs
He thought he found a place he belonged
But then everything started going wrong

Gunshots and blood filled the night
He got shot fighting someone elses fight
The young boy is now dead
His body lifeless, clothes stained red

His life was a tragedy, so unfair
If only someone had shown kindness
His life might have been spared