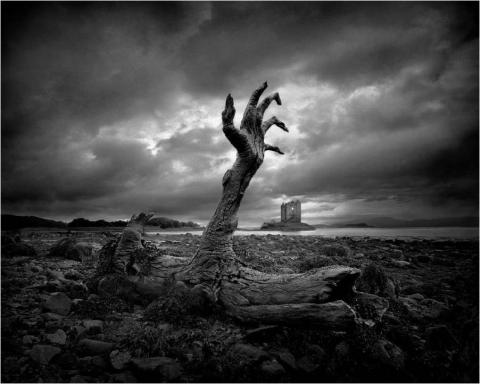 2.      You never stepped in for my salvation. For an institution boasting safety, your walls seem to be the crushing force behind my suffering, not my deliverance.  Even as the grim reapers of society continued to savagely rip at the sinews of my being, even as they consumed my soul, I heard not of your protest.

3.      Hypocrisy spills fire down the streets of my senses, wreaking havoc unto my carefully constructed pavements, but the lies seem to entangle you as well. You believe you are the hero of the story but we are both aware of your villainy, full of wretched knots, with lies tearing your seams threadbare. Poison slowly drips with every word you whisper, every façade that is put up. Slithering into the hearts of the naïve, just more souvenirs to add to the worn heavy shelves.

4.      The past seems to never flee my line of sight. Past failures, past weaknesses only seem to further encourage new ones. That’s what you are, I suppose. The “defeated” cancer that ever spreads to the familiar vulnerabilities of my body, dragging me to Hell itself. But your vicious famine stretched beyond the reaches of my corpse before, it reached another first.

5.      She was the first. The first experiment caged the first soul to be ensnared in your verbal prison. The reasons why she was insignificant, the control, the dehumanization formed the suffocating skin snaking itself around her, over and over, until the slim wisp of sunshine was no longer visible. All these preparations made her fit to administer the final blow. You stole the sacred seraph blade from the heavens and drove it through the last holy thing on this planet, how fittingly poetic.

6.      I was innocent once, if anyone can believe it. But innocence is a temporary fixture of the human existence, to be delicately shooed away with the gradual introduction of knowledge to the world, to be aided by the better versions of you.  Not a weapon to cripple with. With the tape suddenly ripped off, the tender spots of me are ready for further inner invasion.

7.      Is there an instance when love is past the point of no return? Because this love is just a gnarled hand grasping the tender center, slowly draining the life from its flexed claws.

8.      Whoever penned “whatever doesn’t kill you makes you stronger”? Because I kneel with my bloodied knees, waiting for the strength to surge through my dead fingertips.

9.      It’s a cruel joke, really. False hope. I mean I scream through my sewn, inexperienced mouth all the false promises that were offered on the golden altar. But Hope is supposed to be a great sacred light to chase away all the monsters from under our beds, well…lights out.

2014 To Be Heard Slam poetry ToBeHeard