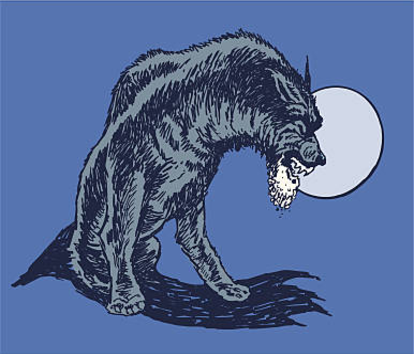 Once Upon a Time…

It all started with that boy Peter,

And the chase to catch a duck to eat her

Before I could be on my way

To eat another duck another day,

He caught my tail with a rope

And there went my hope

I escaped with a sneer

And came across a girl with no fear

I went to her grandmother’s house ahead

I ate the old hag, waited an hour

And Little Red was mine to devour

There were three little pigs in a forest,

And I was feeling quite malnourished

So I huffed, puffed, let myself in

One pig, two pigs into my maw

But the third little pig refused to be eaten raw

A boy was tending to sheep

I was there, roused from my sleep

As the shepherd raised his voice, crying out for assistance

And people came in, and he mocked their ignorance

Heh, I was lucky, the next time they didn’t come

The boy who cried wolf and his sheep were gone

Mother goat left, and I peeked inside

Seven delicious kids were waiting on the other side

I tried to lure them out, but they wouldn’t open

So I drank honey and wore flour, saying “let me in!”

They unlocked the door, ate of my fill

Six out of seven, I’ll eat it later still…

… Mother goat finds the wolf in a deep sleep

She cuts him open, knowing that her children she will reap

A duck, three humans, pigs, and sheep climb out with half-dead groans

She sews him together, replacing his meals with heavy stones

When the wolf wakes, and goes near the river for a drink,

He falls in and drowns in a blink.

2017 Once Upon a Poem Scholarship Slam Fairytale With a twist