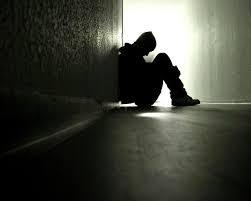 Ruled by hate and fed on lies,

this country will no longer survive.

Truth fades as the lies overshadow,

the wind blows away all chances of hope out the window.

A man with five children scrapes the ground,

a rich man asks and is rewarded.

Always raised on equality as children,

but was it really true then?

A black man hunts and is called a murderer,

a white man hunts and is called a hero.

Women objectified as men give into temptation.

Once happy gay men now shed tears as their hope is crushed.

Once known as the land of the free

now lies in shatters as the land of hell.

The rich grow richer as the poor man dies of starvation.

The streets clutter with filth as car exhaust suffocate the air.

Homeless wait on the dead corner hoping for a shooting star

but it never shows.

Death sends a siren and no one listens to it's monody.

as thousands die by the hour of pure sadness.

They beg for our help but die trying.