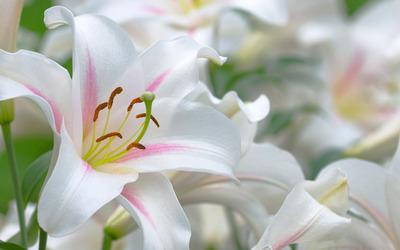 She always loved where the lilies grew

She loved their enchanting fragrance.

The field was where she would happily dance.

The lilies were the source of sheer bliss

Every time she left, the field she missed.

Knowing her infatuation for the lilies, a boy plucked one for her

She took it ecstatically and assumed he was forever.

As the two fell, so did the life of the lily in its vase.

Unexpectedly, the boy left, requesting his own space

Now alone, the girl stared at the dead lily and the memories flowed.

Day by day, the petals of the lily had withered and bowed

The flower and moments with the boy had died.

And a dead one stripped from the blissful field.

Its fragrance was gone

Its blackened color like the dirt on the ground

It would not be in the field where she danced

It held no bliss, only memories of a boy she wouldn’t miss.

A new boy entered her life with empty hands.

He merely extended one out to her, leaving her with hesitation to trust another boy’s plans.

But she took it.

Hand in Hand, he took her to the field where the lilies forever grew