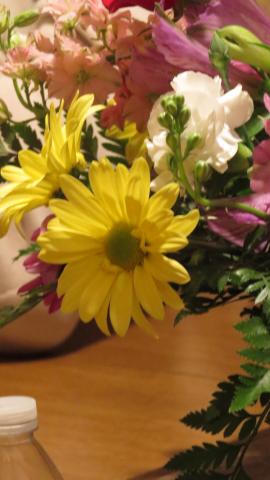 Are we broken?
Maybe, I don’t truly know
But I do know that when she yells out, louder than the rest
She leaves my mother asking what she ever did wrong
He thinks they’re all going to hell because they haven’t found Jesus
His Jesus, that is
Those smiles we wore were fake
And when I cried, it wasn’t for the woman in the ground
She’s ready to leave him
I’ve been sworn to secrecy, so please don’t tell
He’s flying clueless
in his last day hatefulness
The homily that Father Ed gave, he lied
We knew it
She’s queen matricharch now
At least that’s how she sees it
He’s holding them above water
Does he know what’s happening?
“When the time came, it was peaceful,” that’s what we tell everyone
No, it wasn’t, she fought it
She knew hate
Only when heads were turned
He’ll forever be the peacemaker
Steady solemn face, it was the worst for him
The last days were our redemption
For those who ask, they were
Are we broken?
I don’t want to know.
Poetry Slam:
To Be Heard Scholarship Slam -- CLOSED