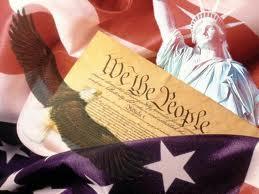 we fought to change the days
but forgot to think about the coming war
we marched to remix the ways
but we neglected our responsibilities knocking on our doors
we did it alone but cannot say I did
we can only call on the past who did and barely admire the present who are doing
we can bless their recognition and relevance but barely being candid
we don't wish to look at our dishonesty and really address the issue
we address, neglect, fight for, die for and that is us all, that is we
we don't care and we do but for each individual it's accounted for one
we understand one for all and all for one
we are so harmonious yet extremely discordant the same
we march, sit in, yet we stand still and get down
we speak yet we barely express we just talk
civilian wise we aren't celebrities but we aren't powerless
we are a community expanding across nations, borders, and oceans
we are an ecosystem of flavors and sometimes we don't bare responsibility to notice
we reduce we reuse we recycle we refute against our destruction
we smoke we litter we pollute are we promoting our destruction
we glorify ourselves in months and holidays
we then turn to media to forget pain and hard work to relax in a surreal matrix of pacification
culturally we are only everyone with a different face
we are so many ethnic groups but one race
we are human we are evolved relatives
we are drawn to each other by nature and deny its strength
we feel the feelings behind closed doors
we are Asian, African, Australian, North and South American, European, and we even touch the icy Arctic shores
we are so common and we fight for our rights everywhere
the faces of those who fight against others in Europe may be the exact opposite faces on opposing teams in Australia, but who places action behind care
every single problem is not our problem because we fail to unite
but unity is necessary for peace as a species
the war is never over we just have to learn of another way to fight
we love to fight and we love the taste of war but
the force of the hoses and the bites of the Shepherds, always awaiting our turns
reminded us too much of the shadows on the Asian pavement and the whip burns
the battle is within each specimen
against colors, sex, nation, size, height, weight, or sexuality
to be civil to recognize our own deviants, grievances, experiences, and lessons
things said and done and felt are more allegorical than reviewed
it disrupts our culture and many of us cannot swim above the fire waters to the breathless ice at the top
we aren't weak we aren't strong
we are a mosaic of people who want to get along
we tear up when we remember those dying
we can't forget we have to honor them and live trying
we have to make a change because they're getting old
we want to have a grand story for the next generation to be told

I really like the style of the poem, how you used "we" at the beginning of each line, to emphasize how we are all essentially one and the same. My favorite line is "we are a community expanding across nations, borders, and oceans," because it shows how we are all connected. Have you ever written an Idyll poem? Check out how and more in the "Resources" section.

Civil Rights We the people