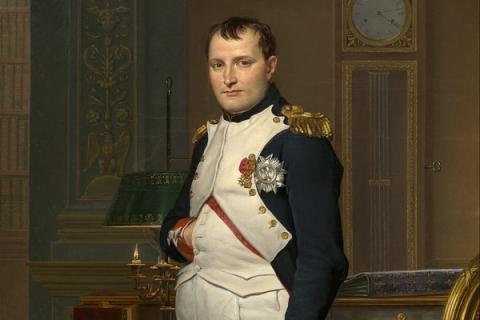 Napoleon Bonaparte
1769 Corsica is where he got his start
One of the greatest commanders in history
His manner of death a 200-year-old mystery
.
Napoleon played it close to the vest
With his armies he was always the best
But 'twas nothing he could do
When he met his Waterloo
Lived his last few years under house arrest
.
Napoleon drank the water and headed for the loo
He did nothing different than you or I could ever do
Be kind to your skin and protect your bone-a-parts
Remember that's where good hygiene starts!

The Clerihew has been described as the literate cousin of the Limerick.  So I thought, hey, why not get the cousins together for this one!   Then two rhyming couplets showed up to the party and voilà!  - Waterloo Clerihew 23-Skidoo!