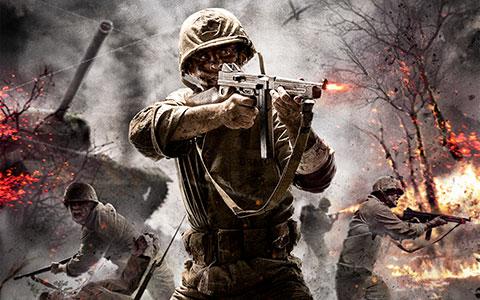 A time when each breathe was a puff of white smoke;

When days seem shorter than the nights.

The sun barely danced in the sky as shivers escalated my arms;

I chewed on my lip with my heart skipping in my chest.

It was my fear keeping me alive at this moment.

I was close to the war - I could almost taste the metallic on my tongue.

My thick hoodie was weak against the December frost bite.

The blue sky was the only thing I remembered that morning.

The drive to the war was blank.

It was hard to not focus on my heart.

Was it my time to leave or did I still have a choice?

But the metallic taste continue to cake my lips and tongue so much.

Fear kept crawling on me - higher and higher.

Brown eyes fell on me and I shrugged.

My time was here and I needed to go.

I have met my good-byes at my old house.

They were only seconds in the back of my mind.

I stand as one of the very few women who have traveled far enough to join the war.

The tension of being without my brother was high.

Males from various directions stare at me with shades of color.

I clutch my SMG closely to my side and check in.

Many questions were asked and very few were answered.

I was not prepared for this battle.

At war, I would bleed.

Does my bloodshed bother me... Or is it the fear of seeing someone else's bloodshed?

Was I ready to face another accident?

I mumbled and fix myself for the battle.

At war, I witnessed crime.

Crime - the type that cannot be unseen.

Cat urine and dried up blood are my perfume.

I witnessed their strengths -

However, I have witnessed more weaknesses.

Words echoing through the compact room.

Fog my eyesight with my own breath,

Beat me 'til I lose,

Or watch me tear you to shreds.

Never has been the sharpest.

It is rather the dullest object on me.

On the other hand,

I am still the worse enemy one could dream of.

Bullets ready to be used,

And a smirk waiting to be exposed.

Battle against men and with men -

I stand amidst the crowd of blondes and brunettes.

Having more curves than in the ocean of men.

I was noticed and I was a target -

So was my brother.

He was shot and on the ground.

I saw the shooter and his dark eyes lock on mine -

Fear was boiled away with andrenaline.

My heart thumped against my ribs;

They were sore for a millisecond.

Watched the man fall on his back.

My excitement was alive before realization hit me.

My brother was out of the battle.

I was alone from now on.

No one to help me defeat -

Where is the 'I got your back' male?

I inhale as slowly as I could -

My chest expands a few inches underneath my heavy armor,

Musky air escapes through my mask.

At war, I hid behind crumbling walls.

Cat urine springing up its scent against the cold.

My eyes refresh my memory of my brother,

A few seconds of weaknesses and I will be out of this round.

I chew on my bottom lip and glare at my opponents.

At war, my mind was always on lock mode.

Reminding who is against me -

Who is with me.

Who wants to go against me, but remains on my team.

Who want side with me, but remains on the other team.

Their eyes were their stories.

My eyes were my inner animal.

Fearless as I was -

Fierce as my hair was -

Short as I stood,

Fast as I could run;

I was in a battle that tested my skills.

My intelligence was slowly dying.

Being rational was not an option anymore.

Fear - once again- crawled up my arms.

These men really wanted me out;

They wished for my grave to the Witch who offered a free grave.

I was their hated enemy,

A woman who could shoot and survive in battle.

Little Red was a code name for me.

"Little Red! Why the fuck are you out in the damn open!"

Only a few people called me Little Red -

Without me actually punching them -

Before my eyes, stood my tall brother and his foolish cousin.

I roll my eyes and flip them the bird.

"Took your sweet as time, didn't you?"

"Hungry as fuck though!"

My eyes lock on a group of men far ahead from me,

"Well you decided to join a good battle."

My fear was hidden -

I did not need them to recognize these men were fearing me.

It was half vacant, but it felt never endingly full.

Half way through to the East wing.

Two bullet stab into my left side.

Blood slips through my thick clothing.

My sweater soaks up blood and cat urine.

Last words echoed before the world shut out before me.

At war, I am a woman who faced a crime.

Crime - with blood and sweat dripping down your body.

I stood alive that round.

My pride was not broken, but my fear was shaken.

Little Red came back after the bullet holes.

Painful as they were,

I still healed and still fought.

Little Red is out.