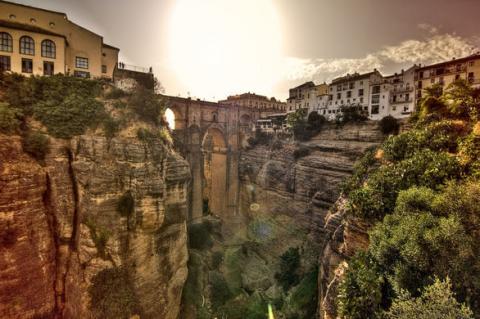 As a person born into privilege, I've never had to worry about going homeless,

being forced into prostitution,

or being ignored due to my race or religion.

I have faced many difficulties in life, as does everyone else, but I would be ignorant to think that I had it worse than anyone else.

I have seen guys high fiving each other after belittling a girl for her drunken mistake.

I have seen teenage girls harass other girls.

I have heard girls throw up their lunch in the bathroom, and criticize their bony body for not being skinny enough.

I have seen it, but what have I done to prevent, to help?

That is the question that keeps me up at night.

Helen Keller said, "The only thing worse than being blind is having sight but no vision."

I could see the injustice happening, but I had no vision, no willpower to step up.

I thought, "It wasn't my business," until I was the victim.

And at that moment I realized that to see the ugly truth was not enough,

to hurt for them was not enough.

I had to muster all of my confidence and turn my sight into a vision.

A vision that to see something induces a reaction to do something.

I find it is my responsibility as a woman,

and a human being to not only see cruelty

but to fight it.

Poetry Slam:
Slam Against Bullying
This poem is about:
Me
My community
My country