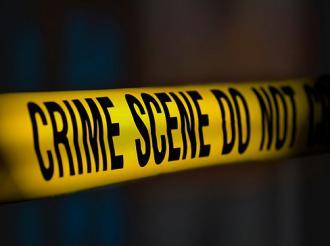 MVP Verse:
a major general was killed, 15 soldiers were badly wounded in Afghanistan
they risk their lives salvaging our freedom
and how does america thanked them
by feeding these troopers only twice a day due to "budget"
and yet, dudes in jail get fed with royalty so go figure
but yet in the hood, in the ghetto
we risk our lives shielded by ignorance
because life for them offers nothing but regret with no sense of remorse
they rob you in front of your child in broad daylight
it's ironic
here in this country
they have programs like welfare to at least uphold you until you are establish
but then again, people don't want to work and allow the system to raise them like newborns, but not out a womb, instead out of poverty
people make all the excuses of failure
it's more frightening when they are parents
what do you tell your kids
it's justifiable to act like savages with no sincerity other than i'm sorry
but it's already too late
that person dies right in front your eyes that shout guilt
it's insane to even imagine how your life can be taken in milli seconds when all you did
was go to the store to buy milk
next thing you know, a bullet  that have no name other than traces from dirty fingerprints from hands that pulled the trigger just pierced your heart
blood gush all over in front of the bodega
people screaming in panic
kids is yelling out of fear
civilians are running in fright
heads bow down in a funeral listening to a guest speaker voicing out those laid to rest
only to continue in hearing the silence of that lonely bell
it's one victim after another, day after day , time after time
from drugs to extortion
careless mothers leaving their child in a car of 90 degree weather, just get an abortion
if you wasn't ready, stop letting dudes hit you up raw with no safety precaution
people are dying in the streets and you show no emotion
the enslavery mentality shows no sense of direction
other than a place with no jurisdiction
only difference is........you won't be told, it will happen when you least expected
Powerful.imani verse:
when a bullet with no name suddenly decides to choose you. Another innocent heart becomes cold hopeless on the ground. Just in a instant the words I would be saying to you is R.I.P.
This world becames so hateful having no regrets on the voices that were put to rest only to continue to hear the silence . All the dreams Start to  fade though the darkness of a drive by.. but why?  What happened to the smiles the, independent, the dignity, that we use to have in one other. Only to grow up knowing more people behind a cage then the ones who crossed a graduations stage.  as the gun which the steal grabs your fingers around the trigger causing the phone call of screams which is a permitted scars in a mother heart of not able to see her grandkids, or even say the words I love you.  All because of the red and blue of society. Having more words to say with your fist and behind a gun you forgot your own voice only image you see is a criminal. You once had dreams and were young once this world shoved lies down your throat thinking someone out there needs to pay. Only missing the person u had admit to get lost control of the car killing millions. The lost of your sanity you blame your father for his absents in your life .getting forced to grow up more then your mind was ready for having you only to make the wrong decisions. Lead you down the wrong path . no one is  brave enough to guild you because they're lost themselves everyone Trying to survive when all they need to do is live. Why does it take a. Bullet in order for you to understand that life has no restart and the chances you have you need to  take them now before it's to late. Why do we  sell drugs to make a living when there scholarship for anyone who willing to work hard for because u wanted the shortcut way of life only rushing you further to a grave....

WHOAA thanks so much MVP. we did this poem amazing can't wait to work on other poems together .

this is overall incredible

thank you for the collaboration

how about we write another poem about love? inspiration?

put your heart into it

I did a poem about violence based off of Trayvon Martin called (Who's Next?) , but i really like this poem. I love the way how y'all worked together on this. Oh and I am I'm about to post up my first poem in like months, check it out. It's called ( Memories A Child Once Knew)