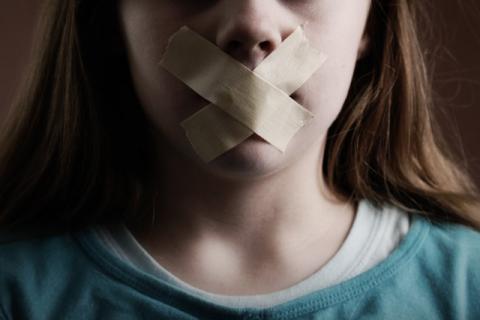 dear the person we thought we could trust,

here's to another night,

of being curled in a ball,

sobbing out my emotions.

you hurt me again.

and it left me confused as to why?

someone i thought i could put my love and trust towards,

all i see are dark clouds of black and gray,

there's no sunshine, nothing but darkness, heading my way.

the lights are out, my vision is blurry,

as my tears just keep streaming,

and my mascara is running.

i can hear him outside my door,

talking to my mother,

she had no idea what had just happened.

she thought him and i were just having another chat.

she had no idea what happened the moment he closed that door.

to try and build up the courage to speak up and use my voice.

because i know all that'll come out my mouth is the soft whispers,

of a lost girl, trying to find her way out into the light.

its years later and mom's still with that man.

no one knew what happened,

only me and that man.

you see, that man, he was a devil.

he was a monster, who was almost impossible to control.

he could easily manipulate anyone,

just so he could be in control.

from what almost seemed daily.

but no one knew what happened,

only me and that man.

we had moved, but the thoughts of that bedroom door,

and the sound of it shutting and locking,

made my ears want to bleed and my body want to freeze.

i was too young to understand why my thighs were sore,

why my arms were covered in bruises,

but, i lie and say it was an accident on the playground.

no one knew i was lying.

the courage had finally built up in my bones,

where i could trust another man,

to hold me in his arms and protect me.

he was older than me,

he could drink, and he loved spoiling me.

but, with the relationship comes the hardships.

the fighting became a constant thing,

almost like i knew how this was going to end.

but i knew, what was about to happen, would be the death of my esteem.

he pulls me down to my knees by my hair and i'm questioning, 'why'?

he's hurting me, while he begs for me to please him.

but he forgets to see that im in need of a lot of things, too.

where i'm finally free from the chains that had held me down,

i've gained back the trust,

the trust that i thought i would never see.

thats when a man decides i'm his object and starts to hurt me.

is this what made him feel at ease?

i'm down on my knees,

you wouldn't want to see me bleed.

i put my foot down.

no one is allowed to put their hands on me,

you don't know the horrors my body has experienced.

i worked for it.

fast forward to present day and i've realized that i'm not alone.

there are other girls out there just like me,

who can't find the voice,

and just want to break free.

no one but the two of us knew what happened.

but my voice broke through,

and i knew i was done with you.

your body is a temple,

but the man who hurt you,

didn't see it that way.

women are used for their bodies,

wanted for sex, drugs, alcohol, you name it.

their confidence is lacking,

their work is slacking,

because what they're trying to say,

is covered up by a piece of tape.

but, we are not free, until everyone like me is free.

love someone as you love yourself.

that could change someone's entire life.

ask them about their story,

and silence your words,

as you sit back and listen.

then when you're finally free,

yell and scream from the top of your lungs,

loud enough for the women who's tongues are tied and locked up.

for the women who were once girls, but grew up too fast.

i have built myself up.

i am a woman; stronger than ever before.

who overcame her obstacles,

and spoke up for the ones who couldn't.

Poetry Slam:
Life in a Letter Scholarship Slam — CLOSED
This poem is about:
Our world