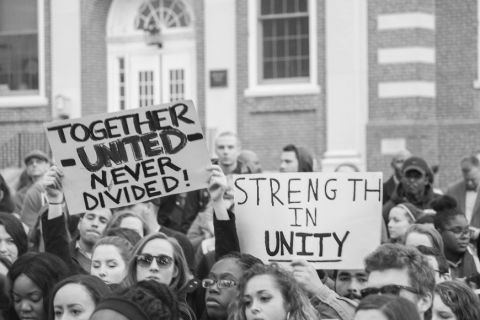 The promise that made some cheer and others fear,

for they knew their lives could be left in the hands of someone who didn't care.

"Grap her by the pussy"--suddenly an acceptable phrase.

A President who used to be the punchline of late night TV,

it's like America was locked up safe until we gave him the key.

People who's lives are ruled by hatred, instantly were given justification.

At their rallies they yell things like, "No means yes" and "Build a wall, kill them all."

How could we have allowed for such a great fall?

I fear for the next four years--

What scares me the most about it all,

is that this is the "America the Great" we elected last fall.

Poetry Slam:
America the Great?! Scholarship Slam - CLOSED
This poem is about:
My community
My country
Our world