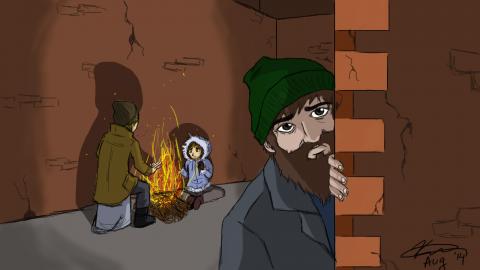 Thier eyes, their faces, their expressions.

That's what makes me speak out.

All the suffering. All the rage. All the anger.

It makes me stand up. Take action.

Pain and Tears make their eyes.

Worn and Bland shape their faces.

Dispair and Anguish hide their expressions.

Alone and full of desperation have become who they are.

They have ceased to be people.

They have ceased to be human.

They have become strangers.

They have become animals.

But that is only because they must. They have no other options.

They suffer the loss of their loved ones,

Of their homes, of themselves.

Of everything that made them a person worth saving.

Maybe they have become angry with the world that rejects them.

I don't blame them, I would too.

However, they are not.

They are not savages. They are surviving.

They are not angry. They are confused.

They are not hopeless. They are lost.

2014 To Be Heard Slam poetry ToBeHeard