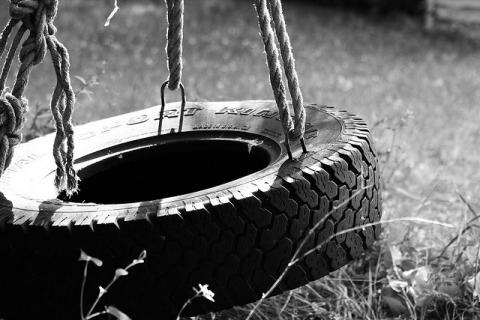 There are those who say he died because he was black.

Because some racist wanted desperately to be a hero.

And there are those who say he died because he was violent.

I think they forget.

Never by his mother who probably cries at night.

Looking through albums of baby pictures.

Where she looked upon his upturned baby-face,

With as much love as any parent looks upon their child.

Her love was not black or white, yellow or tan.

Immovable, infallible, pure and without blame.

Her love is a mother’s.

A mother who probably cries at night.

No matter his sins in this world.

No matter the darkness of his skin,

Or the tint of his character.

And I think they forget.

That he was a child.

Not fully wise of the world, quite yet.

But, I’m sure he had plans.

Plans of growing up.

Someone who would make his mother proud of him.

Of taking care of her, as she had always taken care of him.

And his mother had plans too, I’m sure.

Of the kind of man he would be.

When he did something stupid.

I’m sure she shook her head.

And couldn’t wait until he grew up and realized how the world worked.

I guess he knows.

That he was most importantly, someone’s child.

A child that held a mother’s love in his heart.

A mother who probably cries at night.

This made me think so much of what the world is turning into these days. I absolutely loved this.

Thanks so much!
I really appreciate it, I wasn't sure if I should've even posted it.