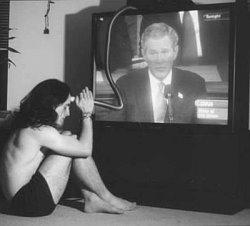 Tainted Minds....It's amazing how blind we are to things that are right in our sight. I men we won't fight for things that prove to be right in our lives but will kill ourselves for something that isn't...I just don't get it.

We're living in a time where nearly 50% of marriages fail, because most of us would rather settle for something less instead of struggling for the best. That one person who will give their life to make sure you smile never dies,that one person who never looks at the stars cause they're to amazed by the twinkle in your eyes.

It's sad to know that our tainted minds will keep us from finding the true happiness that we seek,and believe me I understand if you don't see the joy that you seek in he or she but did you ever give them a chance or was the outside not enough? Or are you stuck trying to change the way's of someone who clearly doesn't want to change?

Society has programmed or brains to think if things don't happen the way they say, then we should just move to the next. Stop.... take a sec...now think.....How many times have you took advice from the home girl who doesn't have a man? Or the home boy who has no plans,no respect for women,and no goals in life? Right....have you ever wonder why they're alone?

I'm just saying if you want to let them control your life then so be it,but the way I see it if God wanted you to be controlled then life would be a video game. Think for yourself....Don't be just another statistic...or a Tainted mind.