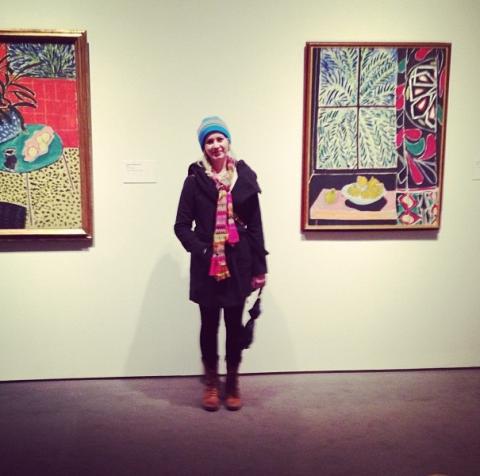 How To Be Cool At High School (colon):
a list that might be more appropriately entitled “How To Survive At High School”.
One: Listen to rap music.
Two: Like red meat, and also like football –
all types of football, yes, even if Chase Hansen is not playing.
Come on, people, beggars can’t be choosers.
Three: Wear skinny jeans and do your hair everyday.
That goes for you, too, boys.
Four: Get good at kissing. Get really good at kissing.
Five: Look bored during class, but actually pay attention,
because believe it or not, you actually have to graduate.
Six: Don’t say too much and don’t sing too often,
but do say something and sing when that one rap song comes on –
You know it; I believe in you. You’re cool, remember?
And seven: Say the right thing.

I’ll be honest: I struggle with myself.
I say the wrong thing.
A lot.
I tell myself that’s what makes me interesting,
but I’m also a liar.
And a procrastinator.
And I have really big feet.
This is my palm; would you like to read it?
I’ve been told that I have a lot of stress and anxiety lines,
but I’m pretty positive that’s just because
I’m growing up in an incredibly grotesque world.
We’re born, we watch people die, then we die ourselves,
and in between you need rap music
and you need to be hot
to get through high school,
and that’s disgusting.

I’m sorry –
I get worked up and I forget to calm down and stop…
for a second.
So when I get down on myself
and down on the world,
I remind myself to remember The Beatles,
who made art that will outlive every single one of them,
and us
and probably our children
and maybe even their children, too.

I think about Martin Luther
and the day he hung his complaints
on the door of that church,
and I think that without that one moment
of courage
we might not have the first amendment.

And I think of you.
I think of the day you were born,
and how the doctor cut the chord
and handed you to your mother,
and in that moment, she loved you so much
it was probably unbearable for her.
and she cannot deny that,
and if she does,
she’s lying.

And I think of God –
if you’re an atheist, I apologize.
I’m not the best person, but
I still believe in Him.
Maybe because I want to,
or maybe because I need to.
I need to believe that we are not alone around here,
and that all of this isn’t an accident
or a coincidence
or a mistake.
And, yes. I’m afraid of dying,
partly because I don’t think I’ve lived enough life yet,
but also because I’m worried that what life I’ve lived
might not be good enough for God.
But this isn’t about me:
It’s about how God created the world in less than one week,
and it’s breathtaking out there.

So take my hand, with all of its anxiety lines,
and run with me,
and together we can see past
How To Be Cool At High School,
and I think that’s important, because one minute
we’re going to be sitting in a bowling alley
counting down the minutes to midnight,
and then we’ll blink,
and it will be November,
and I really think we might regret it
if we didn’t stop and smell the roses.