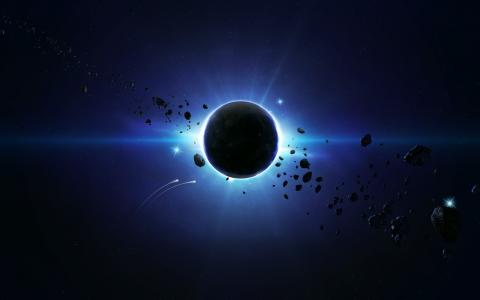 The number of galaxies we have found, the number of stars we’ve stumbled upon, planets we’ve discovered in our very own galaxy; straight down to the number of molecules found in each human.

Those who have discovered worlds outside of our own, those who can take those masses of stars we’ve discovered and define them in words we have created. Those 100 trillion molecules, each its own star, own planet, own galaxy.

I can define myself as just a collection of atoms, bonded to make other compounds, other conglomerations of those elements that seem to elucidate me as what I am: Human. My molecules are those 100 billion stars, those 8,479 galaxies.

I am a collection of all of those distant sciences that sound foreign to the untrained ear.

I am comprised of all the beautiful discoveries and revelations made.

I am the weaknesses that have found their way into my psychology books, put in terms one unaffected may understand.

I am the feelings that have been defined by authors, by poets since humans have dreamt of understanding who they are, and why their feelings are the coveted means in which humanity becomes human.

I am the discoveries that have been made by scientists, biologists, astrologists since we have dreamt of understanding what we came from and why.

I am the nights I have spent lying face down on the bed, knowing my heart has suddenly become its own black hole, my molecules erupting into a collective supernova.

I am the days spent at aphelion, because regardless of the days I spent illuminated, the days furthest away from the source were always the longest.

I am the eons spent in which I was nothing but an astronaut, exploring what I could only deduce was myself. Times where I was the most foreign entity I’d ever had the displeasure of being a part of.

I am the strength I feel blooming from the darkest parts of who I am. I draw light, those moonless parts of my existence, illuminating the interstellar dust that proved there was substance there from birth.

I am the days I spend as an eclipse. Those days, I realize that I may not be the most important. I am not the entirety of the view. But, I am what makes it beautiful.

I am the parts of me I cannot and have not found the beauty in yet. But I have faith that I will progress. And that need to discover, presents the only proper way I can define my humanity.

Poetry Slam:
I Am... Scholarship Slam - CLOSED
This poem is about:
Me
Our world

WOAH!!! Thats a really good poem! It is well written and quite sophisticated.  This really makes you think.

This poem brings out emotions and thoughts that most are afraid to ask themselves about during the average day. This delves deep into he human psyche, drawing out every sense of self-reflection, cognitve thought, and confidence that allows us to consciously and actively analyze ourselves and our surroundings.

Wow! I'm glad I could encourage you to look deeper in to yourself. Many thanks. :)