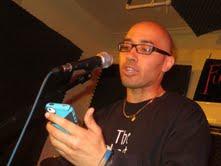 inspire by power poetry poet drdestiney   Enslavement of innocent minds  design by caucasians that was implemented  Predestined due to perception of society from conception
Worth then instilled by the puppetmasters  who set out to puppet you so that you are suppress by one's true identity
To violate, desecrate, and annihilate
Fostered by the streets,  all they know how to do is make money, eat, and then repeat this vicious cycle
Mentality of a gorilla
Interlocking ignorant mind of a thug
Never being released or unplugged Unplugged from their meaningless world of godless  living simulated through the media that became normative
Projected on our skin draped in dark
Turn us against our own by forcing us to hate and fight the same
They brainwashed and broke our mental fortitude,  constructing us to compartmentalize our color shades from light to dark
To interpret and glue our train of thought the same plan Lynch had
Giving the illusion that we should hate Master of deception, corruption and destruction Making it normal to judge our own
I’m not one to judge, but if I should I’d say they were cradled by false government  and programmed to decay in an already decaying society
All the while, the white man bathes in its glory of deceit and lies
Deception hidden behind all color
An unforeseen mental imprisonment of brothers
With no bars, no chains, no nine to five(s) But an eternity of misconstrued images concealed in our thoughts  that we’ve passed down through our lines
And of documents they gave us to sight, in efforts to fabricate the TRUTH
You say it’s a situational circumstance?
All, we can do is wait and yearn for the day of awakenings

Guide that inspired this poem:
How to Write a Rap Song in 7 Steps

Thank you! I feel honored!

you should feel honored

it was an amazing piece

and i wanted to acknowledge you for that

i wanted to recreate/resonate the message of this poem

check out my poems i wrote and give me feedback