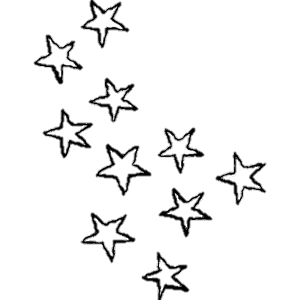 Because it goes great with outfits,

And if you don’t you will be out of place;

Like a single rose in a meadow of wild flowers.

Because it will make you prettier,

And other people will like you better if you do.

Because any other substitute is not tasteful,

And you don’t want to be the talk of the group.

They say you’re supposed to marry young and have children

Because it is required of you,

And if you don’t, you will face ostracism

For not following society’s norms.

But, I’ll tell you a secret – that secret is the truth;

Something they won’t tell you.

Society consists of these complicated norms

About who you’re supposed to be,

How you’re supposed to dress and look,

How you’re supposed to even walk, talk, and act.

They say one thing and mean another;

Diet pills are wrong, but you should become thinner;

Your features are good enough, but plastic surgery will make them better.

Forget comfort – wear clothing that is two sizes too small,

It makes you easier on the eyes.

Nobody should feel obligated to fall in line with these norms.

Be the person you want to be,

Don’t hide in the shadows.

Don’t buy into the lies the magazines and advertisements try to sell you;

Every person is special and unique

Every one of those beings shining vibrantly

Against the sheer black veil is different.

There is not one up there that is identical;

Those snowflakes in the sky don’t cover up who they are,

They burn brightly for all worlds to see,

You wouldn’t want to lock those little stars in a jar like children do with fireflies?

So why would you hide behind those complicated norms

Set by a bored society wanting to pass time by playing these games?

You are the one who makes the person you want to be;

The shadows are just shadows.

Out of the cage you were once confined in;

Spread your wings and fly!

You are magnificent just the way you are,

These flawless qualities come from within

And that is what truly matters,

So don’t concern yourself with their whispering,

There is not a single thing about you that needs to be changed;

So, don’t let them fool you into believing that you should!