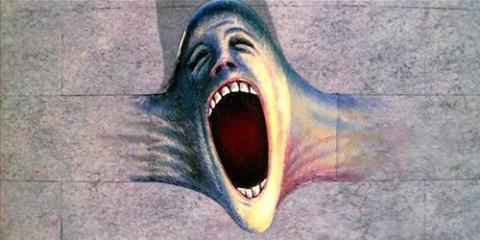 They say the sins of the father pass to the son

But really it's just the anger that runs through the blood

So then I must ask, "thirteen years, and what've I got?"

A spiteful empty heart, and a temper that runs oh so hot

A wall built up in my own mind, brick laid hand by wrathful hand

His blood runs hot through my veins, there's no denying that

Contaminates my heart, makes me feel like a rat

The mear memory of him burns bridges and drives apostasy

From this crime I did not commit, though, my mind offers no clemency

But there beyond the blackened desert of my soul, I hear a friendly call

And so towards that light, I do begin to crawl

So then I must ask, "sixteen years, and what've I got?"

the memories of that dark past buried and left to rot

Now I'm with friends again, and happy for this

But socialization exposes vulnerabilities, and I'm not so comfortable with that risk

So I drop the wall a bit, and peer from the otherside

As that black desert experiences a sunrise

So then I must ask, "seventeen years, and what've I got?"

Applications going out, but where I'll go, who can tell

A date to the prom with a wonderful friend

And yet something in me yearns to see him again

Now I'm eighteen, and that question is no longer repeated

College has begun, and to my studies I've retreated

The wall continues to fall, bit by bit

But then comes the ultimate folly; I acquire his phone number

And give him a call, and as it rings, I feel progressively number

He picks up, and we're both softly crying

But that was a mistake, for I presumed in those years he was done lying

When really, as always before nothing came before himself

So now I'm nineteen, and have to ask again, what've I got?

Tortured dreams of seeing him shot

They teased for a while, but no longer persist

As I'm content with pretending that he no longer exists

When you've your own life, and do not need to live that of another

And so you realize the power you're given, and freed from that burden

Liberated to realize the friends you've had the whole time

And only have to carry the guilt for your crimes

So yes, the Sehensucht, it'll never be outran

But now I'm free to be my own man

Because, though they say, the sins of the father pass to the son

It's only in my blood that he does run

Poetry Slam:
I Am... Scholarship Slam - CLOSED
This poem is about:
Me
Guide that inspired this poem:
5 Poems About Loss
Poetry Terms Demonstrated:
Allusion