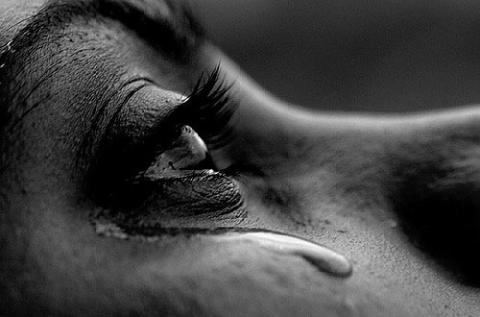 She stares at the blade in her right hand

the red lines covering her legs and both arms

making it impossible to see clearly

clouded by depression, tears, and self-hatred.

She cries for her best friend, who tried to end his own life the week before.

She cries for her mother, who tried to kill herself in front of her own child's eyes

She cries for the four boys at school who took theirs.

The blade shimmers as it hits the tile floor

she picks up the pills

she'd been refusing to take her antidepressants

what was the point anyway?

she opened the bottle

poured the little white drugs into her freshly emptied hand

and downed them both.

She was beginning to feel dizzy

the cuts were so deep this time

but it was worth it

just to end the pain.

She stripped down to her underwear

and climbed into the tub.

She breathed in deep

the burn was dull

but the eventual relief would be worth it.

She wanted to make sure she got it right this time

so she dumped bleach into the hot water

screaming as it burns her

crying as it seeps into her open gashes

croaking as she takes her final breaths

but as she lets go

for the first time in a long time.

This poem is about:
Me
My family
My community