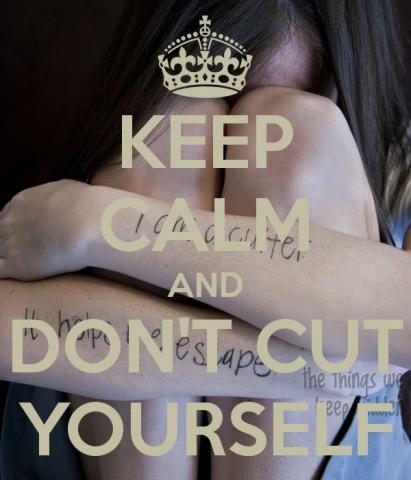 That girl who cut deep into her skin,
for short outburst of relief.
Brown sugar gliding against the sharpness
of red.
That happiness that the blood reveled
seemed like it was being healed.
She no longer seen it as vicious,
the new skin that seemed to replace the
damage was becoming a nuisance,
It was dark and over-washed and tired
it stood-out when light interfered.
It was the mental pain that burned on
the outside,
It was a problem , a problem that seemed
like nothing ,
Isnt that the worst pain?
Hurt, over-powered, friction of hate ,
but a static of eternal bleeding,
Even if the cuts were fading the pain
wasnt,
How can you bleed and not hurt?
As she began to sooth the outside
of the dried blood,
memories began to flood through her
thoughts,
As the pain began to come alive and burst
into reality ,
there was no pause button here she would ,
have to deal with it on her own,
The books she sunk into her imagination,
Was now her outlook on life .
Shadow kissed ? it was the shadow of her past.