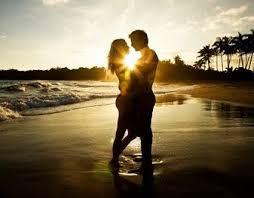 When I met him, it was on a dark January night.

He was wearing blue jeans, and also a shirt that was light grey.

And into his big deceiving eyes I saw light.

That light then dimmed, and I turned into prey.

His sweet voice would devour and push my thoughts.

It was like oil and water, which was our kind of love.

I also regret the times we ignored each other and fought.

He is now gone now, and flew away like a vague dove.

I wanted his attention, as the day grew old.

A short message from him always made my day.

His personality was so soft, yet he was bold.

Even if I still loved him, I know he’d play me like clay.

In his old green car, the music would play lowly.

But to me, music were the words from his mouth.

And as each month went on, I loved him more, but slowly.

Then July came, he said he was leaving, and went south.

I then wept and kissed him and said “good-bye.”

It was not fair; I was young and in-love at heart.

I didn’t want to believe it, In the beginning I was vunerable and shy.

But the way that man left me, it was piercing like a dart.

That man only exists in my entangled memories now.

He would be so affectionate, and he made me content.

I promised to see him again and we even made a vow.

When he took off, I remembered how much time we spent.

My mother dis-liked him with a burning passion.

She’d say to “please stay away” but I didn’t want to.

I didn’t care what she said; his love was a seducing fashion.

That’s when my feelings were hurt, and I felt blue.

This poem is about that handsome young man, of 22.

I still have his shirt that was clean and and no longer light grey.

But light grey was the color of my melancholic soul as a tool.

Follow what you desire; it was too late for me on that Friday.

Poetry Slam:
One Job...May Change My Life Scholarship Slam - CLOSED
Guide that inspired this poem:
5 Tips for Writing a Ballad