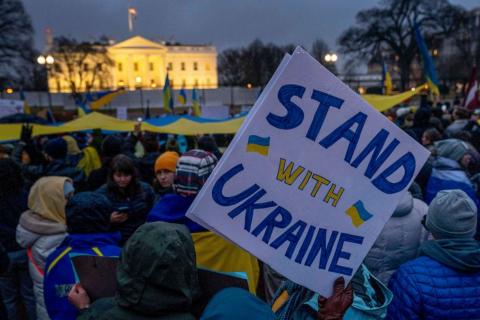 need for more and more,

greed is something you feed and feed,

greed is a want not a need,

their land, your land, my land, our land,

land of the the free home of the brave,

make your voices loud and clear,

Russia feeds off other people´s fear,

A war is closer than near,

the economy is no longer steady,

bombs and dead bodies is what the children are seeing,

It tis the battle of Russia Vs Ukraine we speak about,

Ukraine will not be taken over that I have no doubt,

Trump and Putin think and act like they want to be god,

stand on your own soil,

they are raising the prices for oil,

the war continues to boil,

Putin and Trump are not royal,

as for Trump to your own side and people you should always remain loyal.

Poetry Slam:
Slam on Russian Invasion of Ukraine
This poem is about:
My community
My country
Our world
Poetry Terms Demonstrated:
Rhyme Scheme