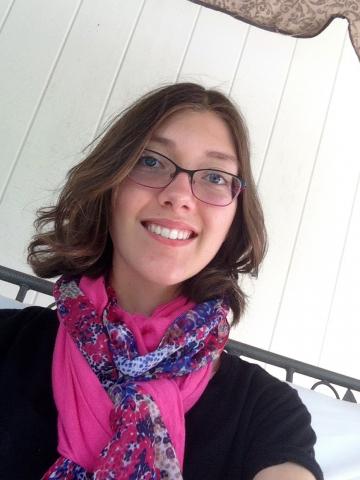 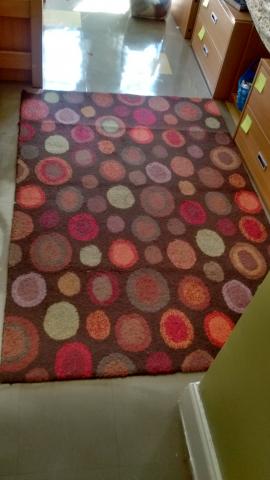 My sister and I may be opposites

And fight almost all the time,

But when she packed and left for college

I couldn’t help but cry.

She fled our small town in Wisconsin

To chase her New York dreams.

She had the most amount of courage

That I have ever seen.

On her first day alone in her dorm,

She called and said with a moan

That she missed her entire family.

She wanted to come back home.

She was too afraid to leave her dorm,

For the Brooklyn streets made her shudder.

But I told her that her dream was waiting,

Wanting to be discovered.

When she was ready to face her fears

Of getting hurt or mugged,

She walked out alone into the city streets,

And there she found a rug.

This rug was sitting in a box

Out on the open New York street.

That someone could take it for free.

My sister needed a rug for her dorm,

And she’s not one to pass up a deal.

She lugged that rug for two blocks straight,

Out of breath through her growing zeal.

When she finally made it to her dorm,

She took it out of the box.

It was pretty and pink and in great shape;

It even had polka dots!

She called that night and sent a photo

Of that beautiful rug on her floor.

It was next to her bed where she could sleep

And dream of New York some more.

That rug filled an empty spot in her life

That was nothing but depressing and blank.

My sister no longer wants to leave New York,

And I have that rug to thank.

Poetry Slam:
Feelin' Good Scholarship Slam - CLOSED
This poem is about:
My family
Guide that inspired this poem:
How to Enter a Poetry Contest
Poetry Terms Demonstrated:
Rhyme Scheme