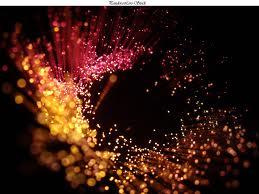 Diabolus the evil spirit is engrossing my quintessence

With the very force of life that engulfed our confederation

From the deceased heart of the juvenile generation.

Righteousness is being desecrated from the essence

Of purity and laid raw upon slabs of morality.

Not by promulgation of discernment, or prudence

That the moral, faultless citizens entangled in belief of mutant

Aggravation of the psyche and suffered of great brutality.

That solidly held the community from the gates of hell

Thrust upon the stone enticing the devil to dinner with them all.

To destroy what was never treasured and deemed right

What had merely always been contemplated wrong in plainest sight

Was so suddenly brought forth to contaminated soil on land.

The innocent crushed between rocks

Only to discover innocence chained with locks.

the destination of our spirit at the finale ,

That brought down the souls of undefiled people and destroyed morality,

Of the ailing spectacle of the dead that were wrongly created.

The good rotting upon the gallows

The wrong placed upon thrones

To hear the inevitable dead cry in agony with desperate moans

That made the coldest heart seem shallow.

Satan taunts those who play among the thorns

And don’t adhere to the laws

Locked in the solid hold of witchcraft and bloody jaws

The whisper among us that warns

The savour and holy almighty

preached of love and compassion

Not death brought down by the jealousy in an ugly fashion.

Holding the reins of fate upon bloody hands

that entrapped innocent souls in the circle of rotting good.

With a ruler of Abigail stretching the bands

That encased the despised and suffocated the helpless.

Amongst the thorns stood life to John

No damage done to his name, but to see the gallows at dawn,

Not to push others down but to be selfless.

I wrote this poem because the play, The Crucible by Arthur Miller was a very nice play. I am glad I read it. If you haven't read it, READ IT. It is fantastic.